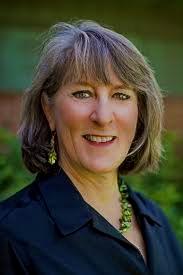 Beth Preston holds a Bachelor of Music from Brigham Young University, and a Masters of Music in Vocal Pedagogy.  She is a member of the National Association of Teachers of Singing (NATS), Voice Care Network, American Choral Director’s Association (ACDA), Chorus America, International Federation of Choral Musicians, and National Association for Music Education.  In 2010 she was named Distinguished Choral Director of the Year by the membership of Maine ACDA and Teacher of the Year for Maine Music Educator’s District III in 2013.

Ms. Preston has taught choral music, instrumental music, and AP Music Theory in the public schools since 1982.  She has prepared record numbers of Lincoln Academy singers for acceptance into Districts and All State. Ms. Preston also teaches privately in her Nobleboro studio, coaching classical, Broadway, and jazz singers.  Her students frequently win or place at the NATS Musical Theater and Classical Competitions.

She studied voice with Ellen Chickering in Portland and sang with Vox Nova Chamber Choir in Brunswick, under the direction of Shannon Chase.  She also sang in the chorus of Portland Opera Repertory Theater in productions of La Boheme, Faust, Lucia di Lammermoor and Romeo et Juliette.

Ms. Preston’s career has included the musical and stage direction for many productions.  She conducted opera chorus rehearsals for PORT as an assistant to Judith Quimby, Chorus Master.  She has provided the vocal coaching for most of Heartwood Regional Theater Company’s musicals and operas.